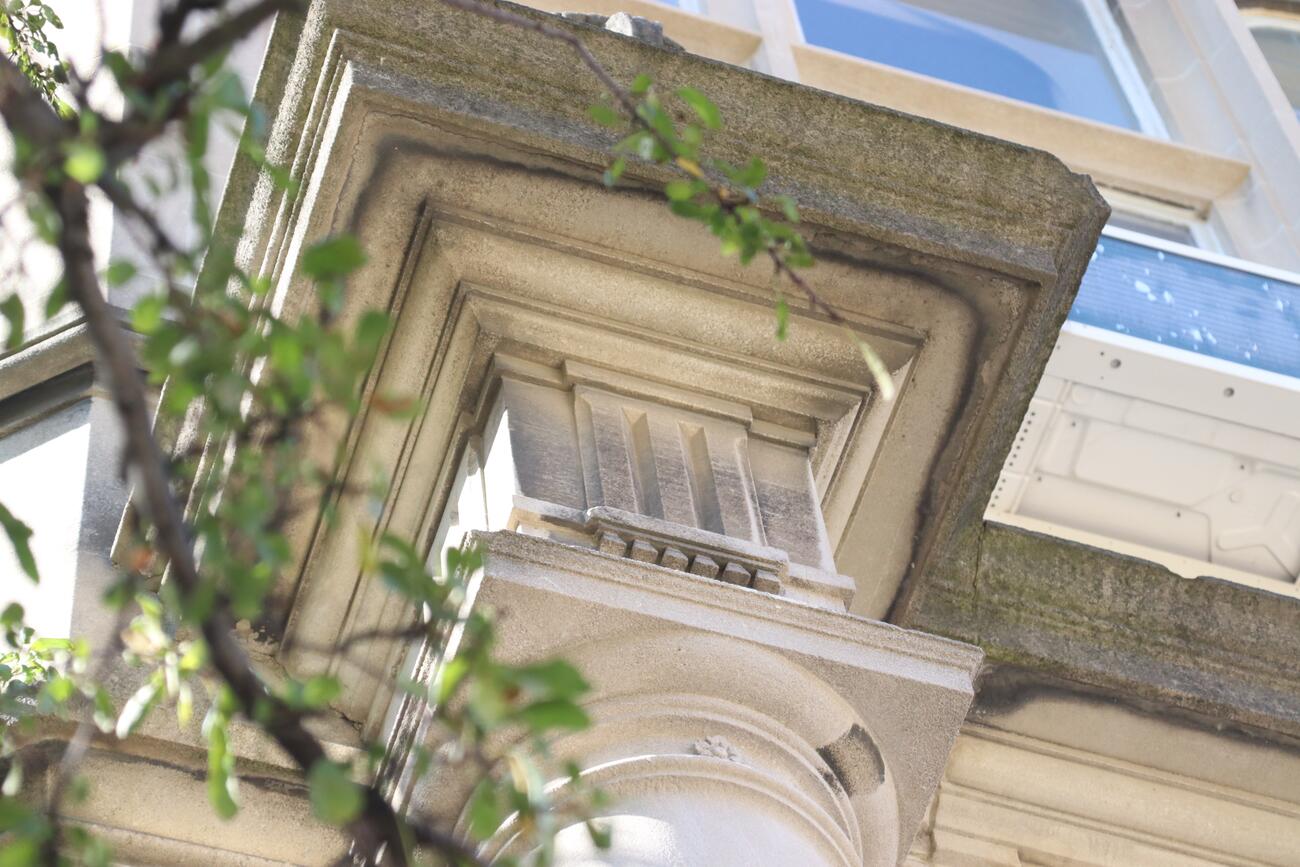 In April 1910, the College of Education and the forebearers of what is now known as the Urbana-Champaign Senate asked the Board of Trustees for permission to establish a laboratory high school. In October 1910, a special committee of the Board of Trustees endorsed the construction of a separate building for the school of education, which contained a provision for a model high school. At that time, the committee asked for $250,000 for the erection of the building. Because the building was to house a laboratory for the study of applied methods of teaching, school records tell us that many felt its location should be determined more by the area from which students of high school age were to be drawn than by its relation to any particular group of existing university buildings. In October 1913, the Board of Trustees appropriated $30,000 to purchase enough land on the block bounded by Springfield Avenue and Mathews Street to build a high school. In June 1914, the first design for the school building was turned down, but in July, after extensive discussion, the English collegiate Gothic structure won approval. A year later, the supervising architect, J.M. White, estimated the cost of the building at $143,500. The building planned for completion in 1915 was an H-shaped structure with one wing planned to house classrooms, shops and laboratories of a senior high school (grades 10 to 12) and the other wing reserved for junior high school, grades 7 to 9. The auditorium and gymnasium for these two units, together with the offices, classrooms and other facilities of the College of Education, were to be housed in the connecting unit. In short, the “wing” in which all 290-plus Uni High students attend classes today was not even the original complete senior high unit, let alone a complete junior-senior high school. The Board of Trustees gave the green light for construction of the west wing in May 1916 and groundbreaking took place in early 1917. The first wing was completed and ready for occupancy by October 1918, but it was not immediately turned over to the College of Education. In its Oct. 16, 1918 session, the Board of Trustees discussed and approved plans to convert the building into a general hospital for the Students’ Army Training Corp and School of Military Aeronautics until the end of World War I. The building finally opened its doors as a school on Sept. 12, 1921, welcoming 63 students and 14 faculty members.